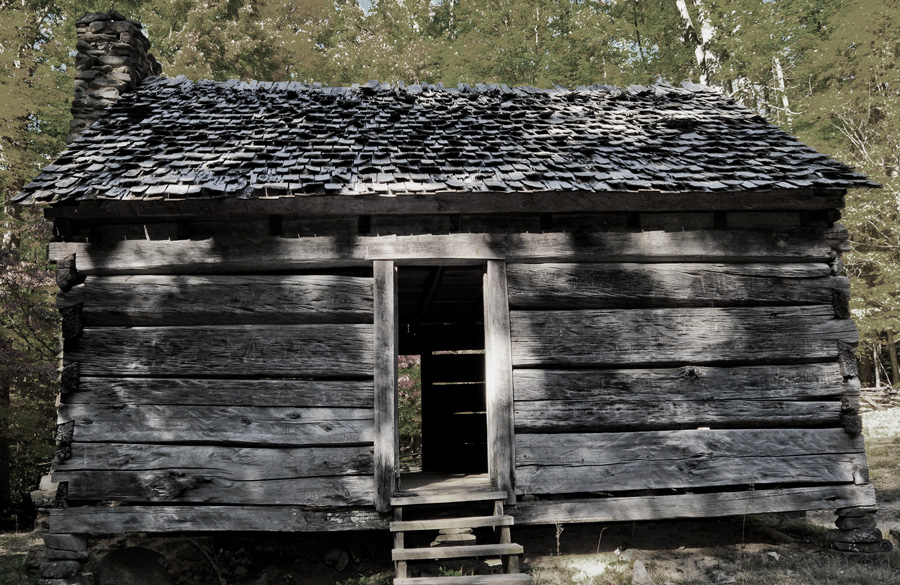 There’s not much in life that’s harder than losing a child. I can’t even imagine the gut-wrenching sadness. The Hull family of Northern Appalachia lost seven. That we know of.

There’s no question that life in the remote mountains was brutally hard. Medical care was sparse to non-existent during the depression and World War II. Rueben and Abelia Hull tried so hard to build a family and it all came to nothing. The death of their first son in 1931 is recorded in church records as a still birth. Three more daughters were born alive but didn’t live to see their first birthday. Another son lived to the ripe old age of three before succumbing to influenza and the same winter took his baby brother in an unspecified way. The Hulls may have taken a break because the birth of another son isn’t recorded until four years later. The cause is listed as cot death.

Records show that Abelia died of Childbed Fever in 1946; an old way of phrasing Puerperal Fever that dates to a previous century. It makes me wonder who wrote the notation in the record book and what kind of medical knowledge was available to these poor people. There is no record of the child that she bore at that time. I have to assume it also died. Abelia’s own birth is either not recorded or the record hasn’t survived. The Hull family only appears on one census record that I could find, in 1940. Abelia’s age is listed as 26. She would have been 31 when she died. After trying to have children since she was 16. 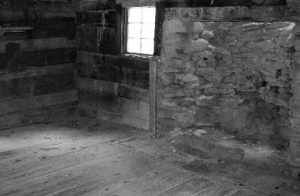 Their old log cabin was hard to find and it was even harder to believe it was still standing after so long, but they built them to last in the old days. The Colleysville Folklore Society has gotten it designated as a historical site, but there’s not much evidence of the place being visited recently. The interior was empty except for shelves on one wall and a ruined fireplace. The floor was almost rotted through in spots. One thing was clear; the Hulls must have been desperately poor to be living in conditions that were more like that of the previous century.

There wasn’t much to find inside, but I searched around outside and under the house. There was part of an old metal drum, some broken blue Ball jars, bits of rusted wire, and part of a tool handle. But from under the doorsteps, I pulled a small crocheted blanket out of the dirt. The colors had long faded and been discolored by dirt and damp, there were gaping holes in it. A baby blanket, I believe.

Alone in that sad, sad place, holding what might have been a piece of the Hull family’s bitter disappointment, I cried for them and their sorrow. Then I replaced the tiny blanket under the cabin where it had lain for so long. 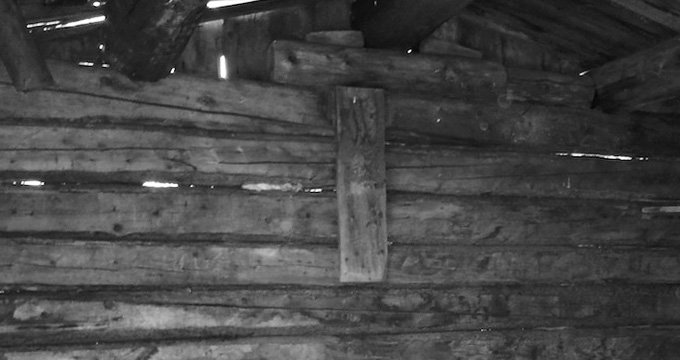