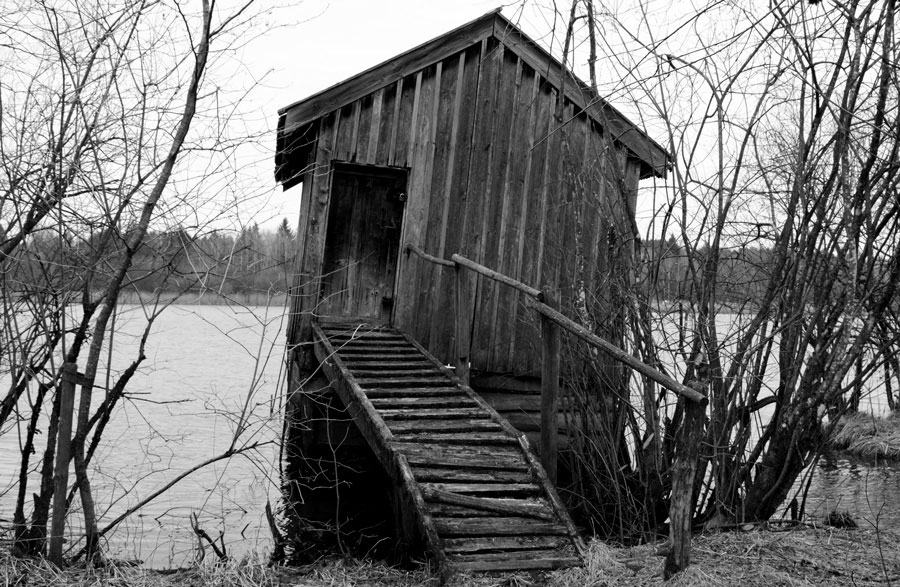 We’ll never know what Ray Earl Wasser told children to lure them into the boathouse. He was convicted of kidnapping and murdering three but is suspected in the disappearances of eleven kids, ages seven to ten. None escaped to tell what happened.

In 1992, the year Wasser was arrested, I imagine the boathouse must have been in better repair. Now it’s too unsteady to safely explore, the structure shivering with every wave that laps against it. I don’t think it would take much of a storm to wash it away completely. I’m a bit surprised it hasn’t been torn down before now.

The facts of the crimes are scant enough. The first girl disappeared in June of 1989. Over the course of three years, ten more little girls disappeared. At least five of the kidnappings were initially not investigated because they were thought to be the result of a custody dispute. Earl Wasser knew how to pick his victims. He preyed on kids from broken homes and troubled families. It seems to me he must have known these kids and their families. He must have watched them.

The girl’s obituaries are glossy, whitewashed. They read like they all had normal childhoods. One girl loved ponies. One wanted to grow up to be a nurse. One was survived by seven siblings.

It was a warm day in early Spring when I went to Scarlett Lake to find the boathouse. I brought my snorkel and swimsuit. I also brought our spaghetti strainer to look for evidence. Of course, the police dragged the lake many times in the years after the first child’s body surfaced. There might be nothing to find but you never know.

Scarlett Lake is a sprawling, marshy body of water ringed by pine trees. It’s located in New Jersey near the Pennsylvania border. A few empty cabins dot the shoreline, but not much else. The lake was eerily deserted even for a weekday. It looked like no one had been around for a long time. There was nothing close to the boathouse except for a few clusters of dead saplings. Even the nearby grass was dried and brown. It’s hard not to feel like there’s something wrong with the place.

The inside of the boathouse was barren and dangerously unsteady. There was nothing to see so I went swimming. The bottom of the lake is muddy and clogged with debris. I spent over three hours in the water nearby, filtering the silty mud with my spaghetti strainer. After so many years there was no clear evidence of killer or victim, but I did find a very old and tiny plastic hair clip.

The entire experience was unsettling in ways I hadn’t experienced before and had not expected. I was glad to leave.